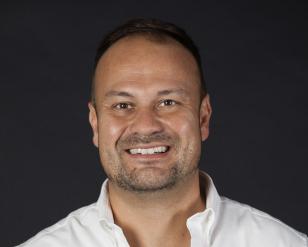 I am a sociologist who is interested in sexualities, gender, social media, and social inequalities. Currently, I am starting a new project on beauty and fitness influencers on Instagram. In this project, I explore issues such as microcelebrity, being an LGBTQ content creator, and the precariousness of social media platforms.

My previous research has focused on the sociology of heterosexualities, lesbian, gay, and queer cinema, and the AIDS activist group ACT UP Los Angeles. I recently published a co-edited handbook entitled Routledge International Handbook of Heterosexualities Studies with Nancy Fischer of Augsburg University. This handbook collects the theoretical, historical, and empirical research in the emerging field of critical heterosexualities studies.

My first book focused on the social construction of black and white straight masculinities and femininities. In this book entitled Straights, I made the case that the politics of sexual identity in America had drastically transformed since the Stonewall Riots in 1969. I argued that straights can neither assume the invisibility of gays, lesbians, and queers, nor count on the assumption that their own straightness will go unchallenged. The presumption of heterosexuality has been diminished in the context of an out LGBTQ culture in America. Based on 60 in-depth interviews with a diverse group of straight men and women, Straights explored how straight Americans made sense of their sexual and gendered selves in this new landscape.

2013. “Heterosexual Masculinities, Anti-homophobias, and Shifts in Hegemonic Masculinity: The Identity Practices of Black and White Heterosexual Men.” The Sociological Quarterly 54: 534-560.